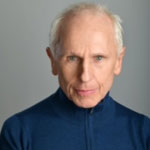 Wayne Sleep won a scholarship to the Royal Ballet School in 1961 and joined the Royal Ballet Company in 1966 becoming a Senior Principal Dancer with roles created for him by Ashton, MacMillan, de Valois, Layton, Neumeier and Nureyev. Uniquely, he played Puck in A Midsummer Night’s Dream in both the opera and the ballet at Covent Garden as well as acting the part in many theatres around Europe. Also as an actor he had principal parts in The Servant of Two Masters, She Stoops to Conquer, Arsenic and Old Lace, The Tempest, Twelfth Night and, in musicals, he created two roles in Cats and played the EmCee in Cabaret for over a year in the West End, performed the Child Catcher in Chitty Chitty Bang Bang, the Soldier in Stravinsky’s A Soldier’s Tale, Uncle Willy in High Society, Harry Nilsson’s The Point at the Mermaid Theatre, Andrew Lloyd Webber’s Song and Dance at the Palace, Wayne’s World of Dance, Bits and Pieces, and The Magic of the Musicals.  Films: The Virgin Soldiers, The First Great Train Robbery, The Tales of Beatrix Potter, and he has topped the bill in 24 pantomimes.

As a choreographer he created, directed and appeared in DASH which for the first time incorporated all genres (including ballet, jazz, tap, and contemporary), and after many London seasons culminated in a world tour, and led to the Hot Shoe Show on BBC Television.  Wayne has directed and appeared in many Charity Galas, including; A Good Night’s Sleep, Princess Margaret’s 70th Birthday, Dame Beryl Grey’s 75th, The Friends of the Elderly (to which both the Queen and Princess Margaret attended), Design for Dance, and Design for Birds.

Wayne was the subject of This Is Your Life, The South Bank Show Series, appeared on The Royal Variety Show several times, directed and presented Big Ballet and more recently The Real Marigold Hotel,  BBC Radio 2‘s Friday Night is Music Night, ITV’s The Real Full Monty, Celebrity Big Brother, and he has also been a guest on many television chat shows.

Appointed OBE in 1998, he received honorary degrees from the Universities of Exeter, Teeside and Plymouth, and is a recipient of the Carl Alan Award. He has two entries in the Guinness Book of Records and was Show Business Personality of the Year in 1984 from the Royal Variety Club of Great Britain. He is a Patron of the British Ballet Organisation and Vice-President of the Royal Academy of Dance. He is also a patron for Prostate Cancer UK, England Wheelchair Dance Association, the Royal Voluntary Service, and many other charities. Wayne has also received the Legends of Industry Award from Variety, the Children’s Charity.

His portrait by David Hockney is in the Tate Gallery, and he is represented in the National Portrait Gallery.

His charity, The Wayne Sleep Foundation, helps students who have successfully gained a place at a performing arts vocational college. He continues to pass on his knowledge through private tuition and workshops for all ages.