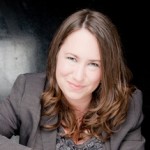 Becky Walsh is one of the world’s leading authority on intuition. She is the founder of Evolutionary Intuition a revolutionary training which shows people in business to make fast and correct intuitive decisions. Becky is also the director of Open Beyond Ltd a training and business support company for teachers and coaches in the self-development field.

Becky is a regular in the media and has hosted and produced her own award winning show on LBC 97.3 in London as well as delivering comment and analysis in the national and trade press, including BBC 1 and 3, ITV, Fuji TV, Japan, Radio 5 live, KKNW 1150 Seattle, Talk 702 Radio South Africa, Psychologies magazine, and The Sunday Times. She has addressed gatherings all over the world including: Hong Kong, Pakistan, Chile and USA.

Becky is a Hay House author of the book ‘You DO Know – Learning to act on intuition instantly’ as well as four more published books and six e-books.
Described as ‘The Stand-up Intuitive’, Becky Walsh has a down-to-earth and uniquely funny style to teaching and speaking making her entertaining as well as informative. Becky gives demonstrations of intuition by telling audience members things about themselves that seems impossible to know, including describing the personality of someone not in the room just from their name written down. Blended with her humour and storytelling this is a wonderful after dinner event. Becky insists that this amazing skill isn’t a mystical power or a magician’s trick; it’s simply intuition in action.

Becky was a stage manager in London’s West End for many years. Her business skills were formed unusually in the theatre: keeping a team together, managing egos while balancing at the top of a step ladder with last minute blown lamp. No chance to push back deadlines or miss curtain calls, often holding disaster at bay by getting stuck in and getting it done no matter what… often with the help of duct tape.