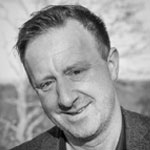 Phil Woods has been writing now for 28 years, so far he has had three books published and earlier this year successfully got a publishing deal for his fourth.

His first three books were co-written by Steve Smith and all come from his comedy roots. Firstly came ‘Beat About the Bush – The funny side of language’, a book which looked at cliches and idioms that we say every day. The book was influenced heavily by Stephen Fry and Hugh Laurie’s English language style humour. It made us think about what we are actually saying when we use these words, after all how often would you need to say, “Here is a water boiling device containing sea-faring or fresh water creatures”? Never I hear you say, well how often have you said, “It’s another kettle of fish”? There you go! The book also shows us how recipe books are confusing and tells us about those things in life that are simply annoying. The book was written in 1992 but finally got published in 2009, in November of that year it topped an Amazon category chart.. The next book was a children’s title called ‘Grump Goes Shopping” a story about a man who cannot decide on anything, some cheeses are too yellow, others are too orange. The books pictures were masterpieces by the talented artist Gary Drew, bringing the character to life in stunning style. The third book derived from a fake news website that Phil Woods founded. He wrote a new article every day for two years. This isn’t the fake news Donald Trump talks about, these were obviously fake and each one had a multitude of jokes, stories like, ‘Supermarket to Sell Generic False Teeth’ or ‘Broccoli – The Number One Drug for Teenagers’, the book was a collection of the most popular stories. At its peak the website had a million visitors a day.

Phil’s fourth book will be published by Pen & Sword in March 2021 and its working title is ‘Lewis Hamilton – A Racing Biography’.

Phil was editor of two motorsport magazines back in 2013 and 2014, specialising in Formula One, he currently writes for Paddock Magazine and has been their guest editor back in December 2019. This gives him the background to write this fourth title.

Phil has also written several scripts, including a film screenplay and a theatre play that was made into a TV short. Again alongside Steve Smith he has written many short comedy sketches, back in 2018 a selection of the best sketches were put together and performed on stage in Lancaster. Phil is currently trying to get this theatre sketch show on the road following its success in the pilot in Lancaster.

Phil enjoys acting too, he has played many parts in TV shorts, student films etc. His biggest role was playing a vicar in the sitcom ‘Morbid’, you can watch this here – https://youtu.be/Pr5siajUjv8 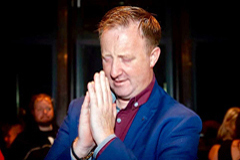