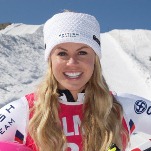 Radio DJ, Television Presenter, Reporter and Contributor/Pundit Few broadcasters can make the gear change between entertainment, hard news, personal insights and audience participation as effortlessly and as naturally as Caroline.  Versatility is her strength, from anchoring Sky News to hosting […]